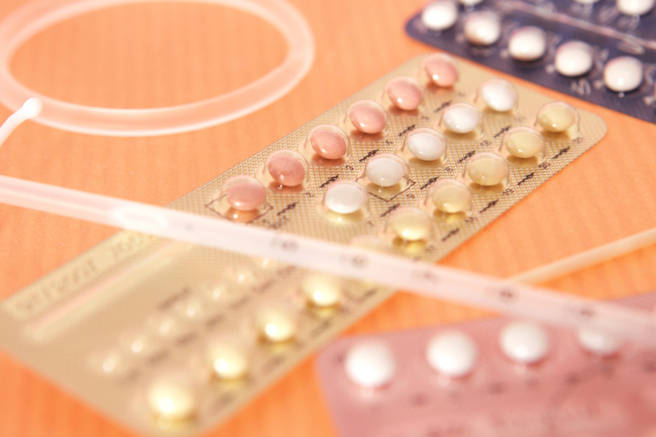 The pill and other hormonal birth control methods can affect a number of things beyond just your chances of getting pregnant — including your mood, your skin, and your menstrual bleeding. And according to a new study in Evolution and Human Behavior,your birth control can also affect your sex life.

Norwegian University of Science and Technology (NTNU) and University of New Mexico researchers surveyed 274 straight female college students in Norway who were on hormonal birth control and in relationships. The questionnaire asked them how often they'd had sex over the past week, how committed and faithful they were to their partners, and what methods and brands of BC they used.

Overall, women who were more loyal to their significant others had sex more often. This effect was especially strong, however, for women who used birth control methods that lowered estrogen levels and contained high levels of hormones that emulate progesterone (high-progesterone, low-estrogen methods include several pills aimed at stopping your period, according to Marie Claire).

This effect existed for penis-in-vagina intercourse but not other types of partner or solo sex.
On the flip side, women on birth control methods with high estrogen and low progesterone had sex more often when they didn't feel loyal to their partners.

The researchers also surveyed 112 women every week for three months to observe how hormones and behavior change over time. Again, they found that less estrogen and more progesterone were linked to a more significant relationship between frequency of sex and commitment. But the perceived loyalty of their partners, on the other hand, didn't make a difference.

Since the changes in hormones induced by birth control mimic natural changes during the menstrual cycle, these findings reflect patterns that can be observed throughout the month. In fact, they confirm earlier research showing that women initiate sex more when they have higher progesterone levels — if they feel serious about the relationship.

"The function of sex in humans outside ovulation is an evolutionary mystery. But we believe that it has to do with binding the parties in the relationship together," NTNU psychology professor Leif Edward Ottesen Kennair said in a press release.

In other words, since sex hormones play a role in our sexual decisions, manipulating them (as birth control does) will also affect our sex lives. This study doesn't just shed light on how our bodies respond to our birth control — it also implies how birth control might affect our relationships. "Previous work...indicates that the initiation or termination of birth control usage during a relationship can have consequences for women’s relationship satisfaction," the researchers wrote. "Our findings suggest that the type of hormonal contraceptive women select may affect sexual behavior with partners."