Why Doctors Are So Bad At Predicting Pregnancy Due Dates

A pregnant friend of mine is due to give birth on Saturday, but as she told me this week, she really has no idea if the baby will come on time, or two weeks from now.

Only 4 percent of women give birth on their estimated delivery date. That’s because of the natural variation in how long it takes a baby to grow and because of our limited ability to predict due dates.

Medicine, it turns out, is surprisingly bad at measuring the precise age of a fetus or how far along a woman is into her pregnancy. 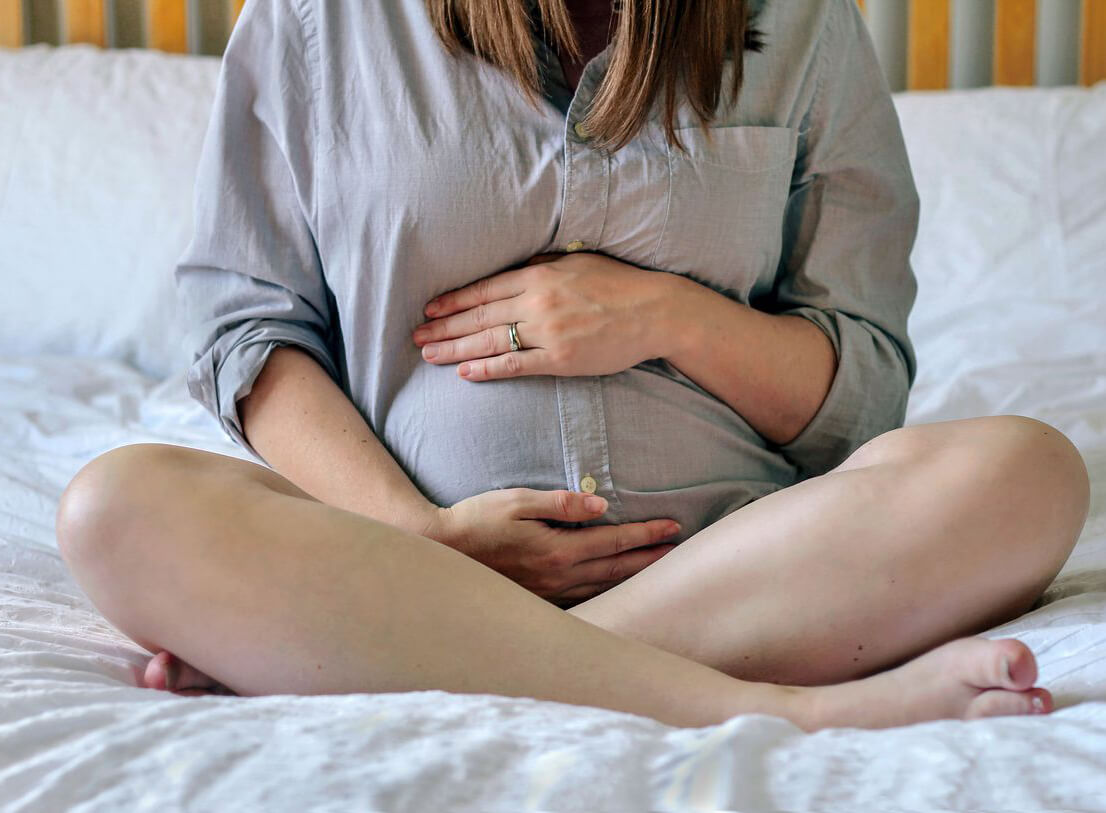 Having concrete information about a baby’s “gestational age” wouldn’t just help moms plan their pregnancies. It would also help doctors better determine whether a fetus is developing as it should, and what extra care may be needed for safer births. Doctors also have no way of accurately predicting whether a baby might arrive too early — a leading cause of infant death globally.

Getting these accurate predictions is “the holy grail of obstetrics,” according to George Saade, director of the maternal-fetal medicine division at the University of Texas Medical Branch.

Now researchers using cutting-edge genomics are getting closer to that holy grail. A new paper in Science from a team at Stanford describes experiments using simple blood tests to determine the gestational age of the fetus and whether a woman is likely to deliver prematurely. The studies in the paper were small and preliminary, but they suggest that one day doctors will be able to tell women when exactly their pregnancy started and better predict when they’ll give birth.

There are currently only two ways to estimate gestational age, and both are imprecise.

The first relies on the date of a woman’s last period. Doctors ask women to recall the first date of their last menstruation and then use that to guess when she may have ovulated and when she became pregnant. Considering about half of all pregnancies in the US are unplanned, it’s no surprise that this method often fails. Many women also don’t have regular cycles, or can’t recall their last period. Plus, after the first month of pregnancy, women can bleed and might mistake that for a period.

The other way to estimate the age of the fetus is through an ultrasound. Ultrasounds allow doctors to peer into the belly and gauge the size of the fetus and how it corresponds to an average size at a certain number of weeks of pregnancy. “But it’s also an estimate, and it’s more accurate early in pregnancy than later in pregnancy,” explained Saade, who was not involved in the new research.

What’s more, women and their doctors who don’t have ultrasounds early in pregnancy, or who live in a place without access, are left only with that first crude method of gestational dating through the date of the last period.

This failing can have life-or-death consequences. Inaccurate measures of gestational age can lead doctors to induce labor or perform C-sections unnecessarily, putting moms and babies at risk of avoidable harm. There’s also no good way to know for sure whether a woman might give birth before 37 weeks.

So that’s the imperfect world we live in, and it’s why those weeks before delivery can be an uncertain and stressful time.

The cool science behind using genomics to predict gestational age

Before we get into the details of the new study, a big caveat: The paper outlined very preliminary science that’ll have to be validated in clinical studies. And even if clinical trials eventually reveal that the approach they described works, we’re far from seeing it applied at hospitals and in clinics since the researchers only tested their idea in pilot studies.

Even so, most of the OB-GYN researchers I spoke to for the story called it “exciting,” “cutting-edge,” and “revolutionary” simply because of the promise this approach holds.

The Stanford scientists who led the paper (and were funded by the Bill and Melinda Gates Foundation, among other charities) ran several pilot studies on small groups of women to determine whether it might be possible to use blood tests to gauge a baby’s gestational age and whether a mom may be at risk of premature delivery.

The blood biomarker they focused on is called “cell-free RNA transcripts.” This area of genomics is considered cutting-edge: Researchers are increasingly realizing that it holds promise for things like better understanding the development of diseases such as cancer — or, in this case, the development of a pregnancy.

Each of our cells contains chromosomes that are made up of DNA, which carry our genetic information locked away in the nucleus. Those genes have recipes for proteins that lead to a bunch of traits, from the texture of our ear wax to the color of our eyes. But to carry out the instructions, DNA needs another type of genetic material called RNA to get involved.

As I’ve described with my Vox colleague Umair Irfan, RNA acts like a middleman or messenger. For a gene to become a protein, that gene has to be transcribed into RNA in the cell’s nucleus, and the RNA is then translated into a protein in the cytoplasm or is excreted from the cell (so-called “cell-free RNA”) into the bloodstream. If the DNA is permanent — the family recipe book passed down through generations — the RNA is like your aunt’s scribbled-out recipe on a Post-It note, turning up only when it’s needed.

During fetal development, that RNA that’s excreted from cells into the blood plasma leaves behind clues about what development may have occurred.

By analyzing blood samples from a group of 31 pregnant women in Denmark, the researchers were able to figure out that these biomarkers seemed to correspond to certain stages of fetal development.

They then developed a blood test based on that data to predict gestational age, which was accurate about half the time. And interestingly, they found their predictions became more precise the further along a woman was in pregnancy — the point at which ultrasound accuracy declines.

The researchers were also curious about whether it might be possible to use measures of cell-free RNA transcripts to figure out whether a woman is at risk of preterm delivery. Premature birth is the leading cause of neonatal death in the US, and a huge risk factor for health complications later in life — but right now there’s no precise way to know whether a woman is going to give birth early.

This result was also far from perfect, but still interesting since there’s currently no precise way to tell if a baby is going to be premature. And it’d be helpful if doctors had a test they could use to tell if a woman was at risk, so they could plan for a safe birth. The blood biomarker method could be refined in a way that might help doctors and moms, said Louis Muglia, co-director of the Perinatal Institute at Cincinnati Children’s Hospital Medical Center.

But ultimately, the greatest promise for the blood test may be in low-resource settings, where doctors don’t always have access to ultrasound machines. “The thing that’s nice about cell-free RNA is that it requires a blood sample without an expensive device,” said Muglia. “In certain parts of the world where it might be hard to get an ultrasound, this could be an easier [way to predict gestational age] ... it’s a big deal.”