What Is a Female Condom & How Do I Use It? 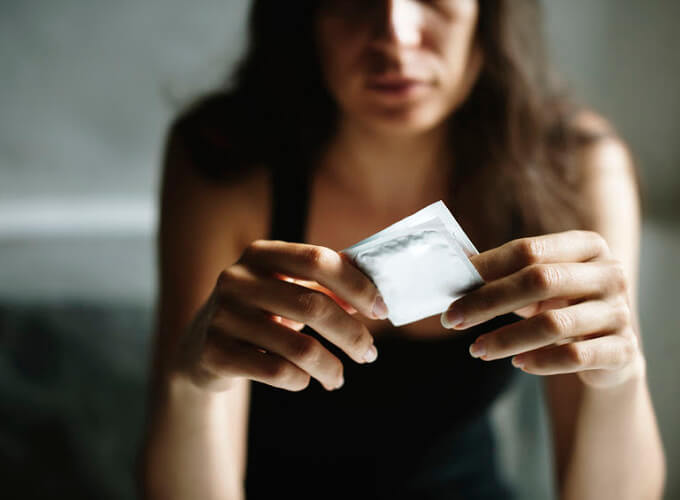 Q: What is a female condom, and how do I use it?

A: A female condom is shaped like a long pouch, usually made of polyurethane, that is inserted inside the vagina in preparation for penetration during sex. Flexible rings at both ends of the condom hold it in place. The condom works by lining the walls of the vagina and collects semen and other fluids.

Condoms manufactured and registered for use on a penis and a vagina look different but they work in the same way; they create a barrier that collects semen and other body fluids. Female condoms fit inside the vagina to prevent pregnancy and sexually transmitted diseases.

The use of a condom and which one to use are the most important choices to make and some women and couples might prefer female condoms over male condoms.

The female condom covers the vaginal opening and protects a wider area over the vulva than a male condom. With application on to the genitalia and use inside the female condom, a water-based lubricant can enhance pleasure and the outer flexible ring can rub against and stimulate the clitoris during penetration, thereby increasing chances of clitoral orgasm.

The way you insert a female condom is similar to how one inserts a tampon. It may seem a little tricky at first but with practice it does get better and easier to insert.

Use a new condom every time you have sex, be cautious not to tear it when you open the package and always check the expiry date prior to use.