Earlier this week, a team of researchers presented the results of a new study that shows a promising future for male birth control. They found that a hormonal pill called dimethandrolone undecanoate, or DMAU, was effective in reducing testosterone levels (and other sperm-producing hormones) in a sample of 83 men over the course of 28 days, with no serious side effects.

"The only options currently available for men are vasectomy, condoms and coitus interruptus [known as the withdrawal or pull-out method]," Dr. Stephanie Page, an endocrinologist at the University of Washington School of Medicine and lead study author, told CNN. "Our goal — and everyone's goal in this field — is to develop a method for men that has minimal side effects, and the holy grail would be to develop something that also has a health benefit for men." 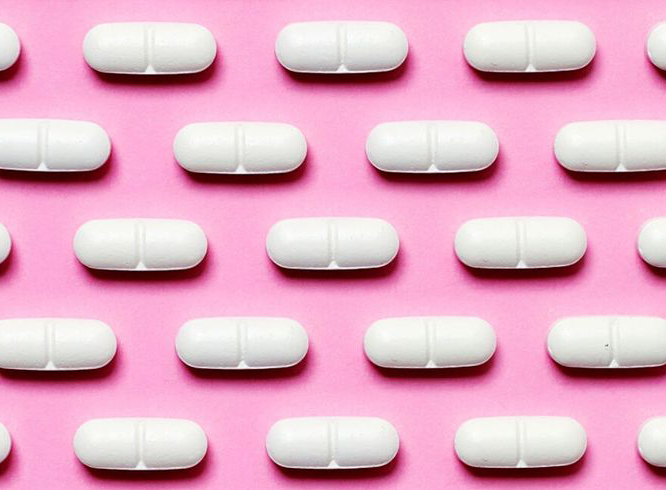 The study is the latest in decades of research devoted to developing a reversible birth control option for men. Some previous models include injectable gels that harden in the vas deferens and block sperm from leaving the body, and a hormonal injection that lowers sperm count and testosterone levels. Neither of these forays into male birth control were faultless. The injectable gels are having a very hard time getting funding from major drug companies. And 20 men dropped out of the hormone injection study group after experiencing negative side effects like mood changes.

This newest prototype seems more promising, and more closely resembles female birth control. It's a daily hormone pill that works by lowering the levels of hormones that produce sperm. At the end of the 28-day study, researchers documented lower testosterone levels — something researchers said has previously been shown to significantly reduce sperm count to "castrate levels," or within the range of testosterone in the blood after chemical or surgical castration. According to a statement from Page, the next step for the pill will be a longer trial to see if it is actually effective at reducing sperm count.

While there were no "serious" side effects, the male pill comes with a few caveats. It has to be taken with food, and a few participants experienced some things that aren't unfamiliar to women who've taken hormonal birth control — decreased libido and weight gain.

"Nine participants had decreased libido, which is not small," Dr. Seth Cohen, an assistant professor of urology at NYU Langone Health who was not involved in the study, told CNN. "When you put that on a large, multimillion-person basis, you have a huge portion of men running around with very low libido."

It is very nice for men that researchers (and pharma companies that pay for things) are doing all this hand-wringing about the potential side effects of a male birth control option. When the research for birth control was just beginning, women in early hormone trials dropped out of studies because of side effects like nausea, dizziness and breast tenderness until they found out what the medication they were testing did: Allow for sex without pregnancy. At the time, the prospect of a pill was greater than the sum of its side effects. "An oral contraceptive wasn't a burden for women," Jonathan Eig writes in The Birth of the Pill: How Four Crusaders Reinvented Sex and Launched a Revolution. "It was a tool. It was an opportunity."

All of this is to say that if men get a totally side effect-free, reversible birth control option before women do, that's fucked and would be just about the tidiest example of sexism in medicine that I can imagine.  In a perfect world, birth control would be available to everyone and would come with zero side effects. Right now, the medical community seems to be making that a priority for some people more than others.