Birth Control Choices to Consider at Every Age

Sex may be spontaneous but choosing the right birth control takes planning. Do you want to take daily pills or use an easier "set-and-forget" method? Do you feel hesitant about hormonal contraception? Who should take responsibility: the male or female partner? Are you ready for sterilization or looking for long-term but reversible solutions?

There's no single best type of birth control. "What might be great for you when you're 17 might not really be ideal for you when you're 26 or 36," says Megan Kavanaugh, a principal research scientist at the Guttmacher Institute. "An average woman uses about four methods over her reproductive lifetime because she switches to what's most appropriate for her different stages of life."

Kavanaugh's latest study, published in the January 2018 issue of the journal Contraception, looked at contraceptive methods among nearly 24,000 U.S. females. Participants ages 15 to 44 disclosed the primary method used by themselves or partners.

Throughout the 2008 to 2014 study period, the pill, female sterilization and male condoms remained the three most popular methods. In 2014, intrauterine devices edged out vasectomy as the fourth most-common type. 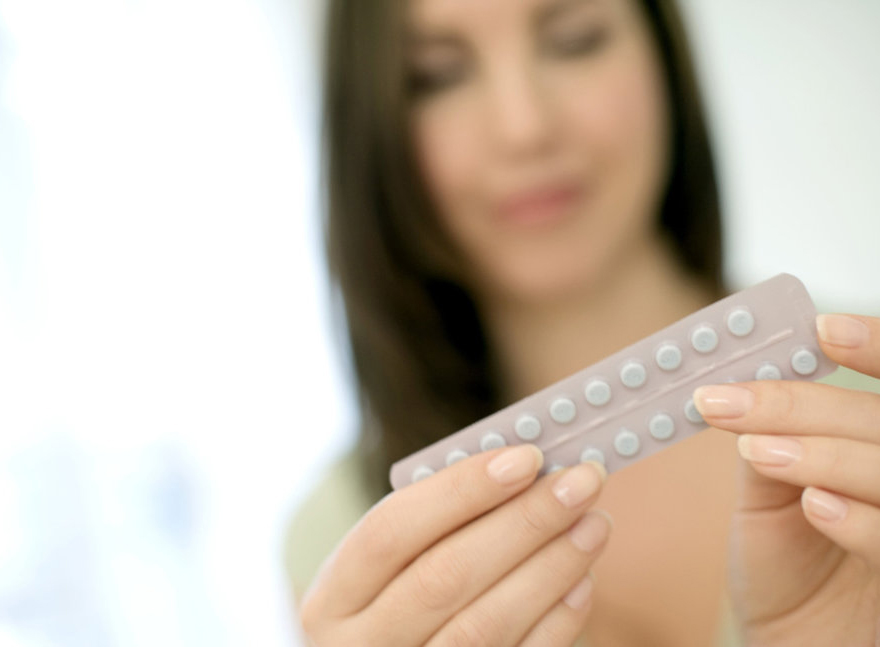 As women move into their 30s, some choose to shift to shorter-lasting methods. However, Kavanaugh emphasizes, because IUDs and implants can be removed at any time, they also work for shorter-term contraception.

By about 48 to 50, a woman's risk of becoming pregnant is very low, says Dr. John Bertrand, an OB-GYN physician with Walnut Hill Obstetrics and Gynecology Associates in Dallas. "But with someone who's regular and cyclic, we'd still recommend protection," says Bertrand, who is a clinical professor at University of Texas Southwestern Medical School. At age 52 or so, he says, women can safely go without.

One potential downside to hormonal birth control is a slightly higher risk of breast cancer, according to another recent study. Findings suggest that today's birth control pills, patches, rings, implants and hormone-releasing IUDs continue to pose a risk similar to that of older versions of the pill.

In the study, 1.8 million Danish women were followed for about a decade through 2012. Overall, results showed a small but significant increase in breast cancer risk for women who had ever used hormonal contraceptives. The longer women used these methods, or the older women were, the more elevated their risk was, according to the study published last month in the New England Journal of Medicine

However, of women under 35 who had used hormonal birth control, only two women per 100,000 would develop breast cancer, according to an accompanying NEJM editorial. Previous research shows oral contraceptives actually reduce the risk of ovarian and endometrial cancer, the editorial author pointed out.

Contraception at a Glance

Here's a brief rundown of some popular birth control methods:

CON: Because the pill doesn't protect men or women from sexually transmitted infections, condom use during sex is also recommended.

Condoms: Male condoms are the No. 1 barrier method of birth control. Adding a spermicide, which works by killing sperm, makes condoms even more effective.

CON: If they're not used correctly or consistently, pregnancy is possible.

IUDs: The small, flexible, highly effective device is inserted into the uterus to prevent pregnancy. Insertion can be done in a clinic or doctor's office. Hormonal IUDs release small daily doses of synthetic progestin, over three, five or 10 years. Copper IUDs work without hormones.

PRO: IUDs are extremely long-lasting and quickly reversible. Women should understand that today's IUDs are much improved, Bertrand says: "The devices we have now are extremely safe and have a great track record."

CON: Many women experience pain during insertion as well as cramping, backaches and bleeding several days or longer after insertion. Rarely, serious side effects such as infections or perforation of the uterus can occur.

PRO: Insertion is less invasive and generally less painful than for IUDs. Implants are "extremely effective" with a failure rate of only 0.05 percent, according to the Association of Reproductive Health Professionals.

CON: Bleeding irregularities and missed periods are common side effects. Infrequent side effects include weight gain, acne and mood swings.

Patches: The transdermal contraceptive patch is another hormone-release method. Women simply place the patch, which lasts for three weeks, on their upper arm, abdomen or back. After a weeklong break, they apply a fresh patch.

PRO: Patches are painless, affordable and easy to use.

CON: You must remember and adhere to the schedule.

PRO: Tubal ligation lets women who aren't interested in having more (or any) children enjoy sex with less worry.

CON: There's a small chance an ectopic or "tubal" pregnancy can occur after a tubal ligation.

Vasectomy: A simple surgical procedure, vasectomy works by either cutting or blocking the sperm-carrying tubes in the testicles. Vasectomy is highly effective and recovery is relatively easy.

PRO: Among couples ready to be done with childbearing, some men view vasectomy as a chance to do "their part" in contraception, Bertrand says.

CON: Not all men can deal with the idea of vasectomy. "There are some who are just petrified of it," he says.

Natural Methods: Some people prefer birth control without medications or devices. Methods include withdrawal, abstinence and natural family planning. Fertility awareness involves either avoiding sex during a woman's fertile days in each monthly cycle, or using condoms during that time.

PROS: Abstinence is the most effective way to prevent pregnancy and sexually transmitted disease.

CONS: For many people, abstinence is not realistic or desirable. Although the use of withdrawal has slightly increased in the U.S., it's not highly effective.

Other birth control methods include vaginal rings, hormonal injections, contraceptive sponges, female condoms, diaphragms and cervical caps. Discuss effectiveness and side effects with your gynecologist or other health care provider when deciding on the right method for you.