6 Strange Reasons You’re Not Getting Pregnant 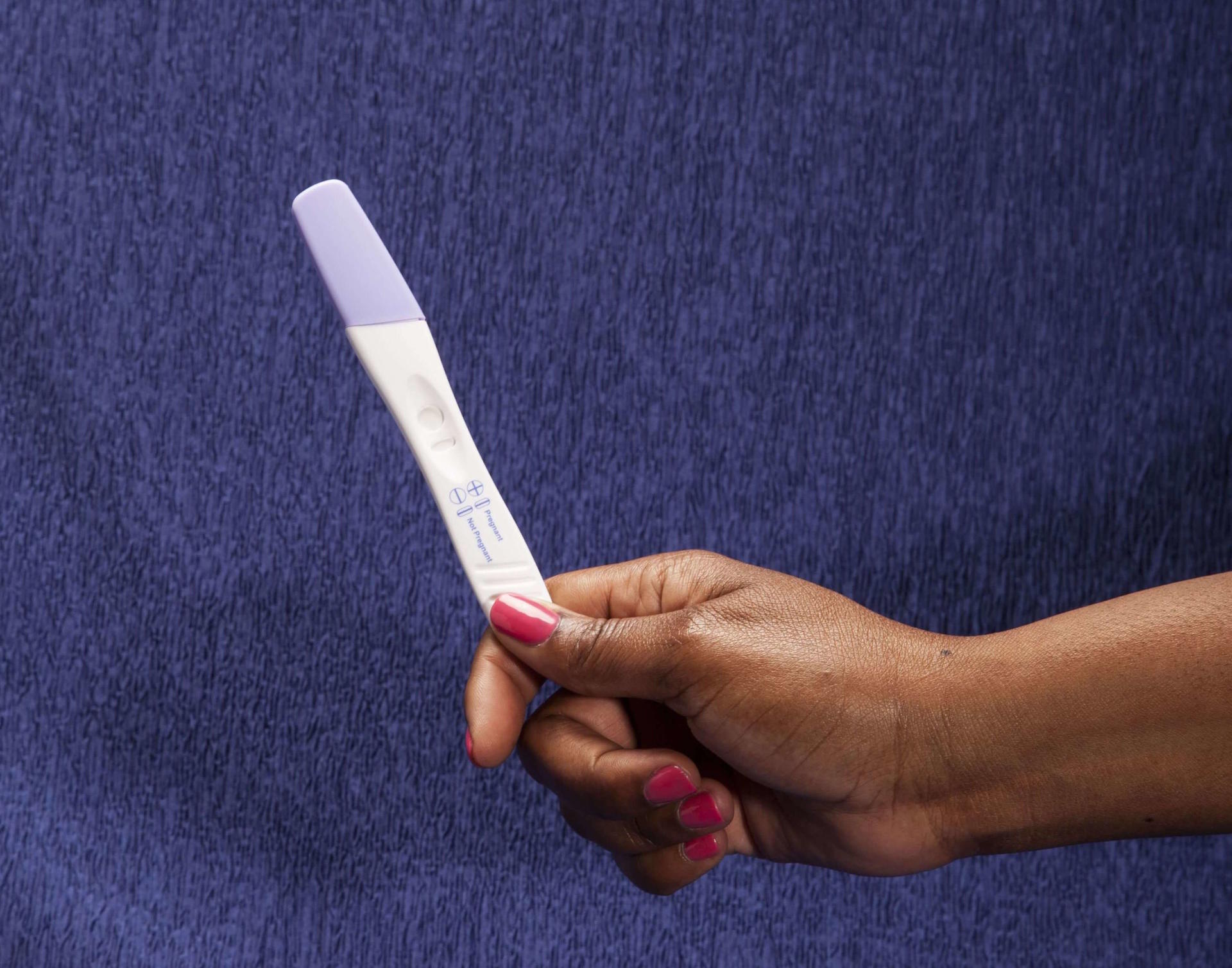 Ever since ninth-grade health class, you’ve been hearing about how easy it is to get pregnant. All it takes is one expired condom, one missed pill, one night with too many mojitos…until you actually want to get pregnant, at which point it might suddenly become the most difficult thing you’ve ever tried to do in your life.

If you’ve been trying for more than a couple of months, you’ve probably mastered the delicate arts of tracking your cycle, timing intercourse, and surviving the grueling two-week wait between peak ovulation and peeing on a stick. You may have been tested for polycystic ovarian syndrome, endometriosis, and fallopian tube blockages, and your partner may have had his sperm analyzed for abnormalities (assuming you're in a different-sex relationship — if you aren't, it's a whole other unreasonably challenging can of worms). And you’re likely getting just the tiniest bit crankier with each new birth announcement on Facebook.

But the human body is infinitely complicated, and there’s more that goes into producing a healthy baby than we can possibly understand. Of course, there are the established fertility-slowers such as aging, smoking, and certain STIs. But recently, scientists have discovered some new factors that may help explain, though the evidence is mixed, why some couples get pregnant more quickly and easily than others — and they’re not all what you’d expect.

What you’ll read in these slides is probably pretty different than what Aunt Dot tells you at the family barbecue: You won’t find any advice to “quit worrying about it so much” or “just relax and stop trying.” (And while it’s clear that some lifestyle changes can have a big impact on subjects in scientific studies, remember that they’re no replacement for a diagnosis from a reproductive endocrinologist, particularly if you’ve been trying for a year or more.) Instead, you’ll find six unexpected factors that you may not have realized could influence your fertility…and what you can do about them now to up your chances of Instagramming a swelling belly soon.

Boning on command can take all the sexiness out of sex, so when you’re not quite feeling the scheduled-lovemaking thing, lube may seem like an obvious fix. But use caution: The lube you rely on to get things going may actually slow down your partner’s sperm. While one 2013 study found no correlation between lubricant use and fertility troubles, another study from the same year found that popular lubricants Astroglide and KY significantly decreased sperm motility, making it tougher for sperm to reach their destination quickly and efficiently. Vexingly, a 1998 study from Ireland suggests that even good old-fashioned spit can have not-so-great effects on swimmability (although critics of this study say far more saliva was involved in the experiment than would ever be realistically used during sex) — so if oral sex is part of your foreplay routine, you may want to wipe things down before you insert.

The good news? They actually make lube specifically for conception, which these same studies have indicated to be “sperm-friendly.” So while your go-to greaser may be off the table for a while, you can still keep lube in your get-wet arsenal (along with your favorite vibe and that fantasy involving Drake wearing nothing but a quiver full of peacock feathers).

There’s your morning latte, the iced green tea you have with lunch, your 3 p.m. cake-pop-and-red-eye combo, and possibly even an after-dinner espresso. All this caffeine may keep you going a million miles an hour, but it could also be slowing down your body’s ability to make a baby.

A European study of 3,187 women who were trying to conceive found that those consuming the most caffeine (over 500 mg a day, or the equivalent of two tall brewed Starbucks coffees) took about 11% longer to achieve their first pregnancy. Even more sobering, a recent study by the National Institutes of Health found that consumption of two or more coffee beverages a day by both female and male partners can result in a higher incidence of miscarriage once pregnancy is achieved.

So what can you do? Cut down on your coffee intake, and urge your partner to do the same. Fortunately, you don’t have to quit caffeine entirely: Another study of 1,430 American women indicated that consuming less than 300 mg of coffee a day had no effect on fertility or time to conception, although to play it safe, you may want to limit yourself to one 8-oz. cup of coffee, or a couple of cups of tea, a day.

The science here is particularly spotty, so take it with a grain of salt, and don’t let it freak you out — but if you’re in the mode of digging into every little thing that could potentially affect your fertility, it’s worth knowing.
Here's the deal: More or less every health study or article ever seems to say that you should be drinking more water than you already are. So if you’re trying to get pregnant, it may be particularly frustrating to learn that fluoride, which is commonly added to most public drinking water systems, may actually have a negative impact on your reproductive health (at least, if you’re a rodent).

While there have been no randomized controlled trials on humans, a study of female mice found that those exposed to high levels of fluoride in their drinking water (over 100 ppm) for 12 weeks showed an overall decrease in viable fetuses. (The same researchers also concluded that high fluoride levels in drinking water can influence the virility of male mice as well.) And although 100+ ppm is likely far more than is currently in your water supply (not to mention, you’re not a mouse), there may still be danger for humans. A 1993 survey found that U.S. regions with higher-than-usual fluoride levels (at least 3 ppm) showed slightly decreased total fertility rates.

You can search for your local water system’s fluoride levels on the CDC’s website and, if you’re concerned about how much fluoride you’re getting, switch to fluoride-free toothpaste and mouthwash or install a reverse-osmosis water system, which filters out added fluoride.

…and the bottle you’re drinking it out of

Bisphenol A, or BPA, has caused a lot of controversy in health circles thanks to indications that it may affect endocrine function (a.k.a. the way your hormones work). While the FDA claims that the industrial chemical commonly found in plastic water bottles, food cans, and thermal cash register receipts is harmless at current levels occurring in foods, it also banned its use in baby bottles and sippy cups in 2012, and in packaging for infant formula in 2013.

A 2010 study of women undergoing IVF found a correlation between the concentration of BPA in their system and the quality of their eggs. High BPA levels in men have also been linked to lower semen quality and increased sperm damage, and another study indicated that pregnant women with higher concentrations of BPA in their system at the time of their first missed menstrual period had a higher rate of miscarriage.

Fortunately, you can reduce your exposure to BPA by making a few simple lifestyle changes. Swap out your plastic water bottle for one made of stainless steel or glass, avoid microwaving food in plastic containers (use a ceramic bowl or plate instead), and ask for no receipt or an email receipt when shopping. (If your work involves handling cash register receipts, wear latex gloves.) You may also want to consider using fresh, frozen or jarred foods instead of canned, since even BPA-free linings may still be harmful.

We can all agree that exercise is good for you…but when it comes to getting pregnant, “more” doesn’t necessarily equal “better.” A study of 3,628 Danish women found that those with normal body weight who exercised vigorously for five or more hours a week took longer to get pregnant than those who only exercised moderately; a similar study in Norway found that exercising to exhaustion was associated with 2.3 times the number of fertility problems. The exception? Obese or severely overweight women, for whom vigorous exercise resulting in weight loss can increase the odds of having a child.

This isn’t to say that you should flop onto the couch and stay there ’til you get knocked up. Working out isn’t just great for your health; it can also give you a much-needed endorphin boost (you know, to help counter the stress of having to change your tampon at a baby shower). But if you’re training for a marathon or get twitchy when you miss CrossFit, you may want to temporarily swap out your intense workout routine with something a little more chill, such as yoga or swimming.

Your nightly glass (or two) of rosé

From the time you were 12, you’ve had it drummed into your head that alcohol can lead to poor decision-making, which can lead to pregnancy. Even as an adult, you may have been told that you’ll get pregnant if you “just have some wine and relax.” The next time some well-meaning but clueless friend offers that unsolicited piece of advice, you can point them to this study, in which researchers found a reduction of more than 50% in the probability of pregnancy during menstrual cycles in which women consumed alcohol.

But it’s not just whether or not you drink: How much you drink can also play a role. This goes for your partner, too. Multiple studies have indicated that alcohol intake can influence sperm quantity or quality in men, and may impact their hormone levels as well.

To play it safe, abstain completely or limit yourself to a glass of wine or beer with dinner on weekends. Not only will you feel better (mentally and physically), but it’s also excellent practice for when you’re finally waddling around with a baby bump and might want to avoid staring down the bottom of a bottle of wine.