5 Things No One Ever Tells You About Pregnancy 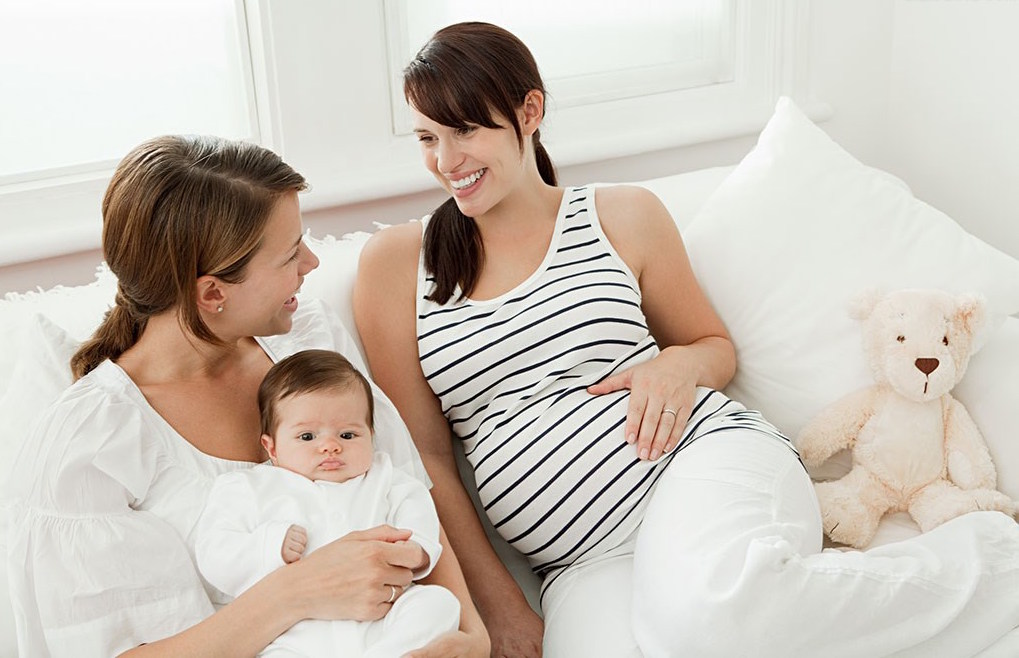 I'm now pregnant for the second time, which got me thinking about all those little things no one ever really tells you about being pregnant.

I had my first son three years ago and I was younger, so I felt much better and stronger during that pregnancy. This time, I'm also carrying twins! So I definitely feel different this go around, more fatigued, hungrier, and heavier, and I find I have a much harder time breathing. That being said, certain things will always remain the same during pregnancy.

Whether you're a woman who wants to have kids someday, the partner of a woman who's pregnant, or just someone who's curious about what actually happens when you're expecting, here are five things no one really tells you about pregnancy:

Pregnancy is actually a 10-month process.

I'm pregnant with twins, which usually come around weeks 35 to 37 (but I'm hoping to go full term). In my case, it may actually be a shorter pregnancy, but this is usually only the case for multiples. If you're carrying a baby you definitely want to keep it in the oven for as long as it needs to bake. Just know that you'll be pregnant for almost the entire year!

You'll feel like a rock star during the second trimester.

Of course, the first trimester you may have nausea and not feel great, and during the third you may feel too heavy to do much of anything. But the second trimester is different — I mean, I wish I could bottle the hormones and feelings during the second trimester and give them to every woman I know. I'm speaking from experience but also from other pregnant women I've confided in.

First of all, you may be hornier than ever and have some of the best sex of your life! Second, your athleticism may be in top gear. One of my students said she played the best tennis of her life in her second trimester of pregnancy. And third, you'll be pregnant enough so everyone knows and treats you like a queen but not too small and miserable where people just think you may be eating too much, or way too big to feel like you could pop at any moment.

I wish I could explain to all women out there that it's OK to keep doing what you usually do once you get pregnant. I know it's hard not to be apprehensive and concerned that any little thing might affect the growing baby inside, and of course listen to your doctor and body and do what you need to. But for the most part, keep up what you normally do.

As a yoga teacher, I practiced yoga and full-on headstands up until the day my son was born. I still exercised and even enjoyed the occasional glass of wine. I ate healthy and listened to my body. As long as you're comfortable and listen to your inner guide, everything you're doing is perfect. Try not to be too hard on yourself or feel incompetent all of a sudden. The more you do, the better you feel and the healthier your baby is.

That being said, it's not the time to pick up skydiving or try something new you've never done before that might be dangerous to you or your baby.

If you deliver vaginally, you also have to deliver the placenta.

This was kind of a shock to me, and something not even my doctors really explained to me in advance. The elation of seeing my baby boy arriving was incredible—and then all of a sudden he's whisked away. Meanwhile, my tummy is being massaged and my doctor is coaxing the placenta out. Then I had to lie still while she stitched me up.

It seemed to go by pretty quickly and then my son was in my arms but still something somewhat unexpected for a first-time delivery.

As much as you plan for what you want to happen, you just have to go with the flow.

You may be in labor for hours or days, you may have to be induced, you may go early, you may be way past your due date, and you may end up having to have a c-section, even if you planned on a vaginal delivery. Or in my case, your epidural may not work and you get to deliver naturally!

The best thing to practice is patience, presence, and a sense of humor as much as you possibly can. It's a crazy, amazing process and I find it truly remarkable what my body is capable of.