10 Foods to Avoid If You're Trying to Get Pregnant 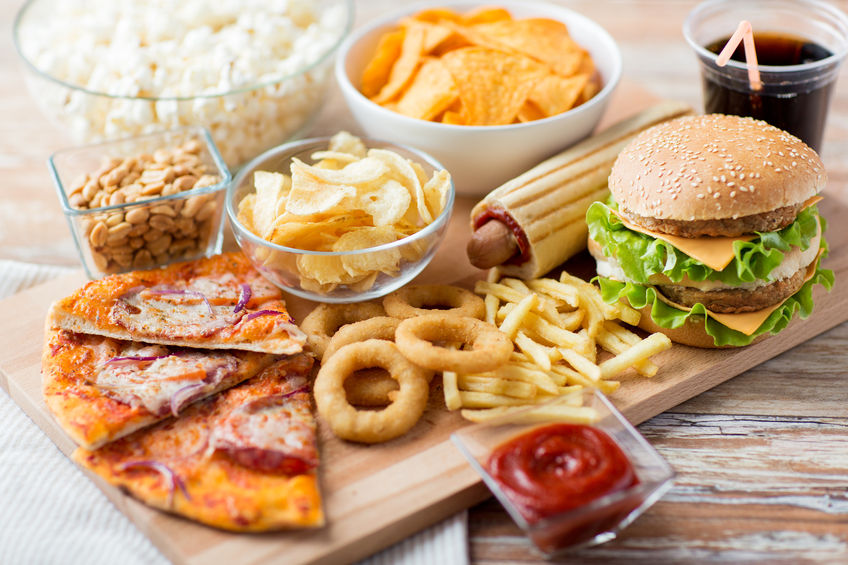 A recent study in the Journal of the Academy of Nutrition and Dietetics found that many women aren't eating as well as they should be when they're expecting a baby. (Eating right isn't easy, guys.) But if pregnant women are not nailing their diets once they're already pregnant, odds are their diets during the trying-to-conceive time aren't exactly full of greens and lean proteins either. So we wanted to know: What exactly constitutes a healthy diet when you're trying to conceive? Part of it is eating enough fruits, vegetables, whole grains, and other foods that are good for you, of course. Another is avoiding artificial ingredients, synthetic hormones, and potential contaminants that could make conception less likely and may be harmful to a potential fetus.

We should say: Don't freak out if you've eaten any of these things recently—they are not likely cause much harm in moderation. But if you want to be safe, your best bet is to keep these foods to a minimum when you're trying to get pregnant, and keep them mostly off the list once you get a positive test too.

Mercury can damage the nervous system, which means that consuming mercury-rich seafood like swordfish and bigeye tuna while pregnant could directly harm the fetus, says registered dietitian Kendra Tolbert. (The FDA recently updated its guidelines about safe and unsafe choices) Eating high-mercury fish before you're pregnant could build up stores of mercury in your body, which could also affect the development of the baby's nervous system. "The fetal nervous system is being formed before most woman even know they are pregnant," explains registered dietitian Suzanne Fisher. Mercury may also decrease fertility.

A few studies have also linked soda—both diet and regular—to lower fertility. "We think it’s a combination of the inflammation and metabolic changes caused by too much blood-sugar-spiking sweeteners and gut-bacteria-changing artificial sweeteners," says Tolbert. Plus, many soft drinks come in containers that have BPA and other chemicals you might want to avoid.

Trans fats, which are found in foods like certain chips or microwave popcorns, baked goods made with shortening, and fried foods, can cause inflammation and insulin resistance, which lowers fertility, says Tolbert. And in excess they can damage your blood vessels, disrupting the flow of nutrients to the reproductive system. Men should also go easy on trans fats while trying to conceive because they decrease sperm count and quality.

If you want to increase your fertility, avoid foods that make your blood sugar spike, especially if you're not pairing them with foods that slow down that rise. "Blood sugar spikes can cause inflammation, alter our hormones, and impede ovulation," says Tolbert. Try to choose slow burning carbs, like whole-wheat bread and pasta and brown rice over refined ones when possible, and combine them with protein, fiber, and healthy fats.

Low-fat milk, yogurt, and other dairy products may contain androgens, male hormones that get left in when fat is removed, says Tolbert. These foods and drinks may spur your body to produce androgens, which can interfere with your menstrual cycle.

The CDC recommends that women who could get pregnant avoid alcohol entirely (not exactly realistic), but if you're going to drink, Tolbert suggests capping it at seven drinks per week. Alcohol, like mercury, can contribute to infertility, and it depletes your body of the vitamin B, which improves your chances of pregnancy and supports a fetus' growth.

Cheeses like Brie, Roquefort, Camembert, and Gorgonzola have a higher risk of containing listeria, which can increase your risk for miscarriage, says Fisher.

Processed meat like lunch meat and hot dogs, as well as smoked fish, are also vulnerable to listeria contamination. If you want to eat deli meat, Fisher recommends heating it up until it's steaming to kill bacteria.

Raw meat, seafood, and eggs might contain salmonella, coliform bacteria, or toxoplasmosis, which can infect a fetus if it passes through the placenta, says Fisher. Make sure to cook all animal products thoroughly, and skip sushi, carpaccios, and the like.

Drink only out of cans and plastic bottles you and your partner know to be BPA free, since BPA can reduce fertility in both men and women. If you use a water bottle, Fisher suggests getting a stainless steel one.